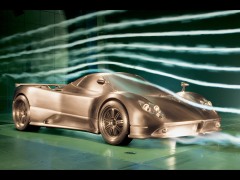 I once joined a project where running the “unit” tests took three and a half hours.

As you may have guessed, the developers didn’t run the tests before they checked in code, resulting in a frequently red build.

Running the tests just gave too much friction for the developers.

I define friction as anything that resist the developer while she is producing software.

Since then, I’ve spotted friction in numerous places while developing software.

Since friction impacts productivity negatively, it’s important that we understand it. Here are some of my observations:

There has been a trend to decrease friction in software development.

Tools like Integrated Development Environments have eliminated many sources of friction.

For instance, Eclipse will automatically compile your code when you save it.

Automated refactorings decrease both the time and the cognitive load required to make certain code changes.

On the process side, things like Agile development methodologies and the DevOps movement have eliminated or reduced friction. For instance, continuous deployment automates the release of software into production.

These lubricants have given us a fighting chance in a world of increasing complexity.

It’s fun to think about how far we could take these improvements, and what the ultimate Frictionless Development Environment (FDE) might look like.

My guess is that it would call for the combination of some of the same trends we already see in consumer and enterprise software products. Cloud computing will play a big role, as will simplification of the user interaction, and access from anywhere.

What do you think?

What frictions have you encountered? Do you think frictions are the same as waste in Lean?

What have you done to lubricate the frictions away? What would your perfect FDE look like?

Please let me know your thoughts in the comments.

7 thoughts on “How Friction Slows Us Down”

referral ID, which provides me with a small commission for each sale. Thank you for your support.
%d bloggers like this: