The main constraint in software development is learning. This means that learning is a core skill for developers and we should not think we’re done learning after graduation. This post explores some different ways in which to learn.

Conferences are a great place to learn new things, but also to meet new people. New people can provide new ways of looking at things, which helps with learning as well.

You can either go to big and broad conferences, like Java One or the RSA conference, or you can attend a smaller, more focused event. Some of these smaller events may not be as well-known, but there are some real gems nonetheless.

Take XML Amsterdam, for example, a small conference here in the Netherlands with excellent international speakers and attendees (even some famous ones).

Learning is as much about doing as it is about hearing and watching. Some conferences may have hands-on sessions or labs, but they’re in the minority. So just going to conferences isn’t good enough.

A more practical variant are workshops. They are mostly organized by specific communities, like Java User Groups.

One particularly useful form for developers is the code retreat. Workshops are much more focused than conferences and still provide some of the same networking opportunities. 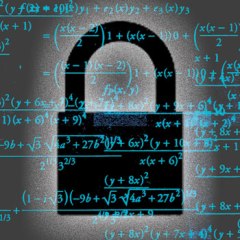 Lots of courses are being offered, many of them conveniently online. One great (and free) example is Cryptography from Coursera.

Some of these course lead to certifications. The world is sharply divided into those who think certifications are a must and those that feel they are evil. I’ll keep my opinion on this subject to myself for once 😉 but whatever you do, focus on the learning, not on the piece of paper.

Learn On The Job

There is a lot to be learned during regular work activities as well.

You can organize that a bit better by doing something like job rotation. Good forms of job rotation for developers are collective code ownership and swarming.

Pair programming is an excellent way to learn all kinds of things, from IDE shortcuts to design patterns.

Work has many distractions, though, like Getting a Story Done.

Open source is an alternative, in the sense that it takes things like deadlines away, which can help with learning.

However, that still doesn’t provide the systematic exploration that is required for the best learning. So practicing on “toy problems” is much more effective.

There are many katas that do just that, like the Roman Numerals Kata. They usually target a specific skill, like Test-Driven Development (TDD).

I’ve been developing software for a while now. Over fifteen years professionally, and quite some time before that too. One would think that when you’ve been doing something for a long time, you would develop a good understanding of what it is that you do. Well, maybe. But every once in a while I come across something that deepens my insight, that takes it to the next level.

I recently came across an article (from 1985!) that does just that, by providing a theory of what software development really is. If you have anything to do with developing software, please read the article. It’s a bit dry and terse at times, but please persevere.

The article promotes the view that, in essence, software development is a theory building activity. This means that it is first and foremost about building a mental model in the developer’s mind about how the world works and how the software being developed handles and supports that world.

This contrasts with the more dominant manufacturing view that sees software development as an activity where some artifacts are to be produced, like code, tests, and documentation. That’s not to say that these artifacts are not produced, since obviously they are, but rather that that’s not the real issue. If we want to be able to develop software that works well, and is maintainable, we’re better off focusing on building the right theories. The right artifacts will then follow.

This view has huge implications for how we organize software development. Below, I will discuss some things that we need to do differently from what you might expect based on the manufacturing view. The funny thing is that we’ve known that for some time now, but for different reasons.

We need strong customer collaboration to build good theories
Mental models can never be externalized completely, some subtleties always get lost when we try that. That’s why requirements as documents don’t work. It’s not just that they will change (Agile), or that hand-offs are a waste (Lean), no, they fundamentally cannot work! So we need the customer around to clarify the subtle details, and we need to go see how the end users work in their own environment to build the best possible theories.

Since this is expensive, and since a customer would not like having to explain the same concept over and over again to different developers, it makes sense to try and capture some of the domain knowledge, even though we know we can never capture every subtle detail. This is where automated acceptance tests, for example as produced in Behavior Driven Development (BDD), can come in handy.

The need for a shared theory means that strong code ownership is a bad idea. Weak ownership could work, but we’d better take measures to prevent silos from forming. Code reviews are one candidate for this. The best approach, however, is collective code ownership, especially when combined with pair programming.

Note that eXtreme Programming (XP) makes the shared theory explicit through it’s system metaphor concept. This is the XP practice that I’ve always struggled most with, but now it’s finally starting to make sense to me.

Another promising approach is Domain Driven Design, since that places the domain model at the center of software development. Please let me know if you have more ideas on this subject.

Software developers are not interchangeable resources
If the most crucial part of software development is the building of a theory, than you can’t just simply replace one developer with another, since the new girl needs to start building her theory from scratch and that takes time. This is another reason why you can’t add people to a late project without making it later still, as (I wish!) we all know.

We should expect designs to undergo significant changes
Taking a hint from science, we see that theories sometimes go through radical changes. Now, if the software design is a manifestation of the theory in the developers’ mind, then we can expect the design to undergo radical changes as well. This argues against too much design up front, and for incremental design.

Maintenance should be done by the original developers
Some organizations hand off software to a maintenance team once its initial development is done. From the perspective of software development as theory building, that doesn’t make a whole lot of sense. The maintenance team doesn’t have the theories that the original developers built, and will likely make modifications that don’t fit that theory and are therefore not optimal.

If you do insist on separate maintenance teams, then the maintainers should be phased into the team before the initial stage ends, so they have access to people that already have well formed theories and can learn from them.

referral ID, which provides me with a small commission for each sale. Thank you for your support.